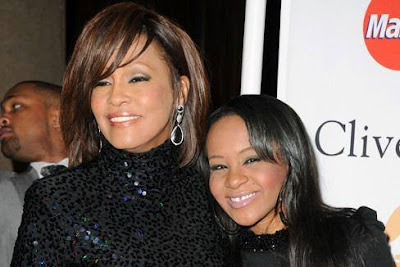 Back in January, the late Whitney Houstons daughter Bobby Kristina was found face down and unresponsive in her bathtub.    Since then she's been on life support with her family by her side. She received surgery to replace her breathing tube. Now the family and current news reports that she has been moved to hospice care because her health is getting worse. Its all in Gods hands is what they are saying.

A civil lawsuit has been filed on the same day last Wednesday alleging that Brown received bodily harm caused by Nick Gorden. The lawsuit filed in Fulton County in Atlanta also states that her bank account shows that more than 11,000 has been withdrawn from her account alleged by Gordon. At this point most of us can only wonder what happened to her. Did the bruises on her body result in her being found unresponsive?

The family thanks everyone for their support and prayers. We at Jeru Publications are praying for the family.


Posted by Sheffield Enterprises at 6:39 AM